With yearly revenues of $3.5 billion, offices on six continents, and nearly 10,000 employees, it’s safe to say that SG (Scientific Games) Digital is a behemoth of the casino-entertainment industry. This corporation has been functional in one form or another for more than 100 years and is actively involved in sports betting, bingo, lottery, social gaming, as well as brick-and-mortar and online casinos.

Our 2021 report will concentrate on the company’s online operations and highlight its unusual Blackjack variants. We’ve also got a list of SG Digital Casinos and are ready to share interesting information about the business. Let’s get going!

The legendary 888casino is probably your best choice if you want to try SG’s Blackjack hits. New players are able to start for free thanks to a no-deposit bonus, while those who play with real money can benefit from a 100% deposit match and exclusive live casino deals. It’s worth noting that the USA version of the site also features content from Scientific Games.

What we love about Guts is that it boasts impeccable licensing. The site has permits from the official jurisdictions in Malta and the UK. On top of that, it is tested and approved by eCOGRA. Its rich casino selection is complemented by clients for Poker and sports betting.

This operator deserves a spot on our SG Digital Casino list despite not featuring content directly from the company. Rather, it offers games from SG subsidiaries like Barcrest, NYX Games and Shuffle Master in addition to over a thousand other releases. NetBet is also full of interesting promotional campaigns and has an average payout of 96.54%.

We were impressed when we learned that there are more than 15 available SG Digital Blackjack variants. The trouble is that some of them are played primarily in real-life casinos, and either don’t have RNG versions or aren’t too widespread. Here, we’ll acquaint you with the most interesting games that you are likely to see online. 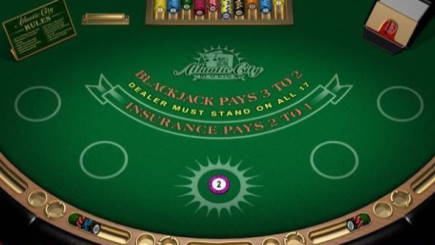 What’s interesting is that you can surrender at any time before busting and double down up to three times per hand. To balance things out, the dealer will push on 22s and hit soft 17s. While the game is undoubtedly entertaining, its RTP is the lowest at 98.71%. This SG Digital Blackjack has a side bet that pays 250:1 when you land a natural that has two cards of the diamond suit. However, its house edge is a whopping 25.5%, so we advise you to skip it.

Slots and Other SG Digital Games You Can Play

When producing content for international online gaming sites, this corporation mostly relies on its many subsidiaries. However, you will still find a few titles coming from the “mother ship” such as: 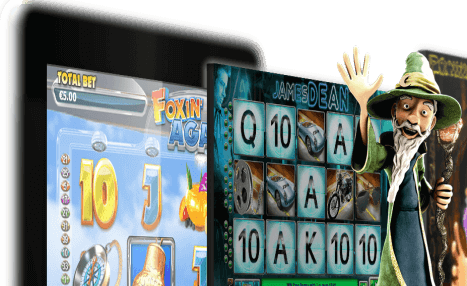 Each of the online casino games we’ve tested from this company has modern visuals, loads fast, and plays perfectly well on smartphones and tablets. This tells us that the releases are crafted on HTML5, which guarantees perfect compatibility with all eligible devices on iOS and Android.

Moreover, SG Digital Casino software is designed in a way that suits both desktop computer monitors, and smaller smartphone displays. For example, most of the buttons in “Super Fun 21 Extreme” Blackjack are positioned near the edges at the bottom portion of the screen, which makes them easier to reach and doesn’t necessitate any changes when played on a phone. Another nice touch we noticed is that the games are playable if you hold your device vertically.

A Look at the Entire Product Range

When we take every SG Digital venture into account, we can conclude that the company’s online casino division probably isn’t the main breadwinner. Many SG Digital Casinos are land-based and feature computerized and mechanical Slot machines, VLT terminals, and lottery products offered by this firm. Some of SG’s notable clients include Caesar’s Palace, Betfred, Golden Nugget, and William Hill.

The corporation’s “Open Sports” platform is also quite popular among big-name bookmaking sites. Another interesting fact about SG is that its co-founder John Koza invented the scratch card ticket in 1974. Given this fact, it’s hardly surprising that SG Digital is one of the largest producers of scratch cards and the vending machines that offer them. Lastly, the company owns stakes or is involved with over 150 state and private lottery operations around the globe.

The Firm behind SG Digital Casinos: History, Licenses, and Safety

The story of this massive corporation is quite interesting, so you might want to take a look before heading to one of our recommended SG Digital Casinos. Scientific Games was officially founded in 1973. However, in 2000, it was acquired by Autotote, a manufacturer of totalizators and race betting equipment. A year later, the entire entity was renamed to “Scientific Games Corporation”. Autotote has been operational since 1917, meaning that this is the second-oldest gambling company in the world after Ladbrokes.

SG’s headquarters is in Las Vegas, Nevada, but it has offices in more than 150 locations on six continents. It’s a public business traded on the NASDAQ, which is certainly a good sign in terms of transparency. If you pick an operator from our SG Digital Casino list, look for some of SG’s subsidiaries like WMS Industries, NYX, Barcrest, and Bally. Much like its parent company, they’re licensed by the strictest regulators in the USA and Europe.

Scientific Games is one of the oldest and biggest casino entertainment providers. Its online presence is not huge compared to what it offers for brick-and-mortar venues, but the available content warrants one’s attention.

SG’s Blackjack games, in particular, have exotic rules and side bets that are perfect for players who want to shake things up. You can try them for free through the demo modes in our recommended gaming sites. Remember that our SG Digital Casino list also has operators like 888casino that can welcome you with a no-deposit bonus.