Platipus Gaming is a casino software developer that we can best describe as “remarkable,” much like the egg-laying Aussie mammal it’s named after. This UK company is focused on producing content for the booming Asian continent. However, its attractive, mobile-friendly games are also in demand in Europe and other established markets.

If you’re curious about this studio, our review is just the thing you need. We’ll discuss its history, standout products, and provide you with a list of Platipus Gaming Casinos that are open for international customers.

Use Our Platipus Gaming Casino List to Start Playing Today

We’re starting with an operator that’s perfect for those with a competitive streak. PlayAmo boasts a big entertainment selection and regularly organizes tournaments for Slots and table games where you can win real cash and free spins. The venue is available to customers from Canada and all European markets except Spain, France, and the UK.

This site seems to offer every type of online betting under the sun. Aside from having an arsenal of over 2,500 casino games, here you can wager on 100+ Sports and eSports and even try your luck on the proprietary “Fast Games.” MELbet is also quite popular among crypto players as it accepts 25 blockchain currencies.

The next pick on our Platipus Gaming Casino list is ready to welcome you with a massive bonus of up to $1,500, and 150 free spins spread across your first four deposits. 1xBet is an official partner of FC Barcelona, La Liga, and Serie A, which is a boon to its credibility. The site offers Casino & Sports betting sections plus dedicated clients for Bingo and Poker.

So far, this developer has introduced five RNG table games that fall into the categories of Blackjack and Baccarat. All of them impress with modern graphics, good payouts, and animations that are both fast and smooth.

Platipus Gaming Casino software for European and American Roulette should be released in the near future, but at the time of writing, these titles are unavailable. We’ve made a short review of each product. Feel free to check out the summaries that interest you the most. 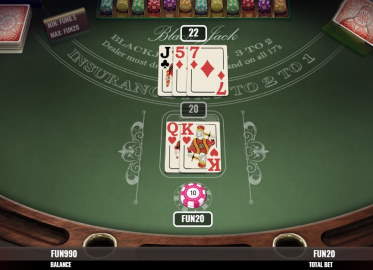 What to Expect from Platipus Gaming Slots

It’s fair to say that PG is primarily an online Slots developer. So far, the studio has introduced 53 games of chance, and 48 are reel machines. We’ve tested most of these Platipus Gaming Casino software offerings and noticed a strong presence of Oriental elements. Still, PG has enough conventional Slots to entertain those who aren’t into monkey warriors, lucky cats, or samurai.

The titles come with modern graphics and smooth animations. Most of them combine a system of four jackpots with a distinct set of features, which gives each product a unique vibe. If you’re looking for recommendations, try “Jackpot Lab,” “Neon Classic,” “Rhino Mania,” or “Chinese Tigers.”

Platipus Gaming Casino Software Is Made for Mobile 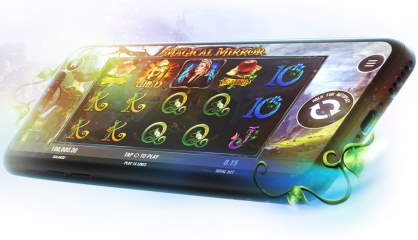 We already mentioned that PG titles run smoothly on smartphones and tablets, so let’s see what’s the secret sauce behind this great compatibility. The company supplies Platipus Gaming Casinos with software that’s built on HTML5. This front-end technology is a modern solution supported by all iOS and Android devices, apps, as well as web browsers like Chrome, Safari, Opera, etc.

Additionally, Platipus’ design approach is based on customer satisfaction data to ensure that the majority of players will feel comfortable with the interface and controls. The last big perk is that the games are lightweight and load incredibly fast. Slots take less than five seconds to start, while Platipus Gaming Blackjack and table classics only need two. Still, keep in mind that the speed of your Internet connection will play a part here.

Platipus came into being in 2014. It is a private business that has selected the Isle of Man, a British Crown dependency and major iGaming hub, as its headquarters. The firm also has a production office in Kyiv, Ukraine, that develops most of its games.

We didn’t see any certifications from major European regulators on PG’s official site. This isn’t a cause for concern, as the company isn’t featured in any EU-licensed casinos and doesn’t need such permits for its target markets in Asia. However, we did notice that iTech Labs has tested and certified the RNG of Platipus Gaming Casino software. This is a respected independent testing agency that audits many famous gambling sites in the UK, Italy, Malta, Sweden, Gibraltar, and Romania.

To summarize, PG is a great provider that can impress any casino player. Its Blackjack, Baccarat, and Slot hits are equally enjoyable at home and on the go. Furthermore, they look great, pay well, and are have a fair play accreditation, which makes them easy to recommend.

The best thing is that you’re not required to pay anything to see what Platipus Gaming is all about. All three of our recommended operators will allow you to play content from the studio for free after quick registration. If you then decide to put some skin in the game, remember that Platipus Gaming Casinos have awesome deals that can increase your chances of winning.