Мobile gambling has grown from a trend to the default choice for most players. More than 50% of online gaming sessions are played through smartphones and tablets. Given these statistics, it’s shocking to find that many software providers still present content that’s not compatible with iOS and Android devices.

One Touch is different. This studio has adopted a mobile-first approach from the get-go, offering a large variety of titles that run seamlessly on touchscreens. If you’re curious to find out more about OT, our report will show you the top OneTouch Casinos and discuss its products.

Find a Suitable Operator with Our One Touch Casino List

One Touch is still a relatively young developer that is yet to strike deals with Casumo, 888casino, and other giants of the industry. However, this company is fully licensed and tested, so we can confidently recommend its games. At the time of writing, we feel like the four operators below are your best choice:

Their interface and the odd Russian word here and there might seem strange, but we’ve encountered no problems while playing and reviewing them. Each member of this quartet pays out fast, accepts every banking method you can imagine, and offers several thousand entertainment options. Thus, they fully deserve a spot on our OneTouch Casino list. Some other sites you could try include Montecryptos Casino, sportsbet.io, and Stakes Casino.

We like the fact that this studio is more than just a Slots developer. In fact, OneTouch takes pride in its table games, especially the Baccarat selection. We spent some time testing the releases and were charmed by their modern looks and smooth gameplay. You can read more about each product below. 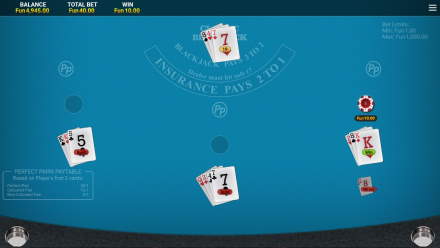 The list is completed by European Roulette, Sic Bo, and “Wheel of Fortune.”

Don’t Miss Out on the Unique OneTouch Slots

OneTouch’s insistence on developing mobile games that can be played with one hand has resulted in some pretty interesting Slot machines. A good number of them come in the old-school 3-row, 3-reel layout but include fantastic visuals and features. If you’re looking for tips, “Steam Vault,” “Fortune Miner,” and “Traveling Treasures — India” will surely spark your interest.

“Golden Stripe” is another jewel that we really liked. It has a solitary reel and a “stepper” mechanic. The five regular symbols have golden versions that will upgrade your payouts. “Golden Stripe” shares the title of highest-paying Slot (97.42% RTP) offered in OneTouch Casinos with “Bubbles Bonanza,” a release with a 6x6 grid layout and cascading symbols. Interestingly, OT also has a Slot branded after Watford FC, an English football club partly-owned by Sir Elton John.

What Makes One Touch Casino Software Run So Well on Mobile? 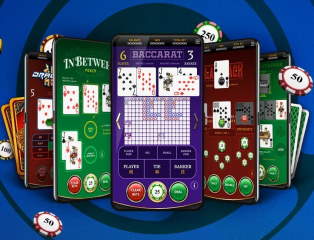 The folks at One Touch follow a stringent approach to assure the flawless mobile functionality of its titles. First, the developers use the latest front-end technologies like HTML5, spine, and pixi.js to craft games of chance. Then, the design crew focuses on creating an excellent smartphone-friendly interface before dedicating time to the desktop and tablet iterations.

Once this process is complete, the quality assurance team performs multiple tests using the latest and most popular iOS and Android devices. OneTouch Blackjack, Slots, and table classics are best played in portrait (vertical) mode. All of the buttons and most important areas are easily reached with one hand. You can check the excellent mobile compatibility of these games by trying demos in the sites we recommend.

Learn More about the Company and Its Licenses

OneTouch was incorporated in 2015. It is a privately-held business that’s headquartered in the Isle of Man. However, the firm has another office in Malta, which likely facilitated its license acquisition from the Malta Gaming Authority. OT also writes that its games and their Random Number Generators are up to the standards of the UKGC.

Every table release available in One Touch Casinos comes with a special “Provably Fair” feature. It allows players to participate in generating a number sequence or “seed” to create randomness. Then, one can confirm that the outcome was not tampered with during a game round.

The Conclusion: One Touch Casinos Are Worth a Try

The future looks bright for OneTouch. This studio has a distinct mobile-first philosophy that has helped it create a unique collection of entertainment options. We were impressed by the various Blackjack, Baccarat, Poker, and Slots variants we tested and can confidently suggest them to players looking for something different.

Words can only go so far. The best way to see if you’ll like this provider is to pick an operator from our OneTouch Casino list and try the content yourself. Remember, demo modes are available on each site. If you’d like to play for real money, start your adventure on the right foot by picking up a welcome bonus.